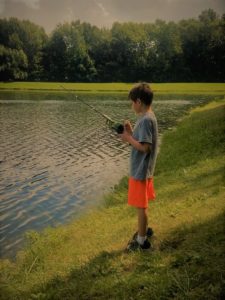 Ahh, the weekly playgroup! Another situation where you realize that every single toddler in the room seems to be speaking in clear sentences except for your son? Of course, the reasoning side of your brain is telling you NOT to compare your child to others, but the emotional side tells you that it’s hard not to compare when you are witnessing it for yourself. Is my son’s delayed speech normal? Like everything else child-development related, children learn at different rates. Your child may be swinging a golf club like Tiger Woods, or he can do triple flips on the trampoline, but he still cannot speak in complete and clear sentences. It’s okay. There is real research that indicates many boys start talking later than girls.

“Delayed speech happens in about 12 percent of children, the majority of these being boys. For years, the possible causes have been a mystery,” says researcher Andrew J. O. Whitehouse, PhD, associate professor at the Telethon Institute for Child Health Research at the University of Western Australia in Perth. “What we found was that exposure to increased levels of testosterone, particularly in males, may be one of the reasons for language delay,” Whitehouse said in an interview with WebMD. “Really it is the first sort of biological finding, sort of a biological risk factor, for language delay.”

While it is true that boys generally produce their first words and sentences later than girls, the differences are only in terms of a matter of months. Specific speech and language skills should be thought of as developing within a range, rather than by an exact date. For eager parents, it may seem like they are waiting much longer however, boys simply tend to be on the later end of a normal range, while girls tend to be on the earlier side. Often, girls start to use gestures such as waving bye –bye, or pointing at an earlier stage.  Your daughter also may be able to understand what you are saying to her earlier than your son understands. These early building blocks to language result in earlier speech for girls.

If you are concerned that your son’s delayed speech is more than just falling a few months behind what his sister did, there are some milestones that indicate some speech and language therapy may be in order. Behaviors that you want to be aware of, that do not fall within the “normal” guidelines are listed below according to age.

If your son is exhibiting any of the above behaviors, he may need to be treated by a speech therapist. An SLP can help determine the level of your child’s language with a professional assessment process.  If your son is simply a bit behind in his speech skills compared to your daughter or next -door neighbor, relax!  He’ll be a regular motor-mouth before you know it!

A native of Cleveland, Maureen graduated from Cornell University and the Cornell Institute for Public Affairs. She is a former congressional liaison with a background in nonprofit communications. Maureen believes strongly in the mission of the Orange Effect Foundation as she has a nephew with autism and a daughter who benefited significantly from speech therapy.