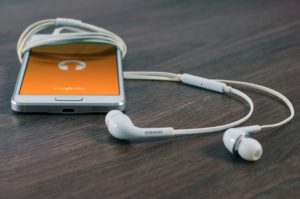 A German study published in 2010 revealed that music therapy helps facilitate speech development. If the German scientists could have spoke with Aristotle or Plato, they would have been told the exact same thing. Humans have been using music therapy for delayed speech since the time of the great philosophers. The result of music to encourage speech is an increased confidence in communication skills and better ability in facilitating self-care.

All language has a natural rhythm, but some children cannot pick up on the rhythms of everyday conversation. Music provides a consistent, repetitive rhythm which helps children grasp the message. Furthermore, listening to music helps improve cognitive functioning, according to the same 2010 study. Children in the tests who listened to music closed the developmental gap faster than those who had no music therapy. Those with speech delays moved faster toward correcting speech or improving communication skills at all ages, from toddlers with speech delays to older children. The even rhythm of the music helps the child match the words to the beat, providing more cadence than normal speech, and therefore helping the child learn how language works easier.

The Right Type of Music

While music is good for everyone, the type used in therapies must be specific to the listener. The Germans used music that was specific to the interests of the children. For example, simply playing rock and roll for a toddler will not be as effective as playing a simple song with short lyrics. The child will be able to better grasp the words of the shorter song, and will more readily repeat them to the beat. Playing an instrument, such as an acoustic guitar, also helps the cognitive development of children. As with all other learning tools, the material must be age appropriate for the learner. Early childhood educators have found that songs with repetitive, hard consonant sounds work best for therapy sessions. For example, Disney’s Bibbity Bobbity Boo from Cinderella provides terrific mouth movement practice combined with a catchy, easy to remember tune.

Music has been proven to be a positive influence since the days of Plato, but the German study from 2010 held significant impact on the idea of music therapy. Basically, the study proved that children learn better to the tune of a song. Those with developmental delays, such as speech, were proven through the study to improve in significant areas. Music therapy is a viable option for children who need extra developmental assistance.